Honeymoon when mixes with nature’s gift of beauty and exoticism, adds extra charm and glamour to the whole experience. The flowering valleys of Sikkim offer a joy of viewing enigmatic terrains covered with fresh flowers and create a colourful medley that soothes senses and calms souls. The Yumthang Valley of Sikkim is fondly referred to as the Valley of Flowers. This is place is a natural haven blessed with nature’s beautiful gifts of landforms such as gushing pretty rivers, bubbling hot springs, delightful yaks and verdant grazing pastures across the rolling meadows up the hill slopes and down the valleys. This spectacle blends seamlessly with the towering snow-capped peaks.

A colourful Honeymoon amidst flowery valleys 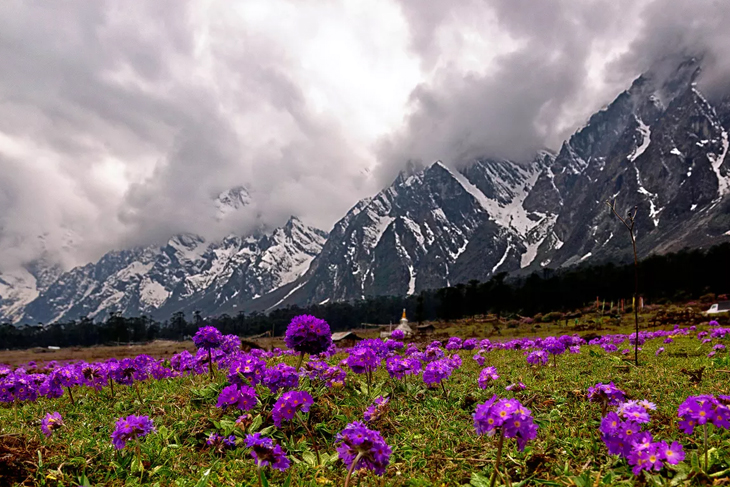 The beauty of Sikkim in many ways emanate from the breath-taking array of flowers that bloom and spread colours throughput the mountain vistas spreading awe and grandeur across the valleys and meadows throughout. Sikkim’s geography makes it a happy place to nurture a wide variety of more than 5000 species of flowering plants. Carpets of colours arising out of pretty blossoms such as magnolia, blue poppies, primulas, gentians and geraniums produce a spell-binding floral exhibition. Orchids, gladioli, poppies, azaleas and camellias add to this brilliant spectacle of hues and fragrances. The intense and myriad variety of rhododendron ranges from pretty bushy shrubs of low heights to towering elegant plants that set the terrain on fire with a cheerful glow of bright colours.

Sir Joseph Hooker, a renowned English botanist, had initiated the trend of studying the flora of Sikkim. This study involved travelling to the interiors and remote areas of the pristine meadows and valleys of Sikkim during the year 1848-49. His numerous and continual expeditions enabled Hooker to make amazing new discoveries of numerous plant and animal species that abound in that particular region. He published his findings, discoveries and researches on the floral species as Rhododendrons of Sikkim in the year 1849. He also continually published his record of his travels throughout Sikkim in the Himalayan Journals in the form of extensive and comprehensive guides that help unfold the uncanny botanical splendour of Sikkim.

Feast your soul in the freshness of mountain vegetation 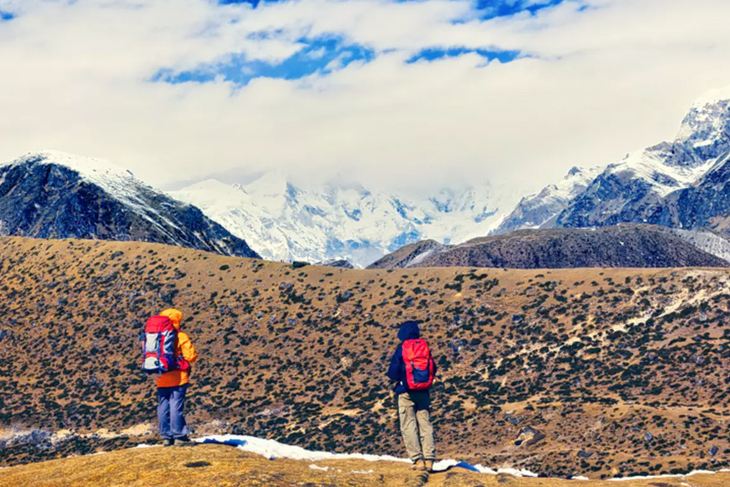 Based on the famous botanist Hooker’s studies, Sikkim can be segregated into three distinct botanical zones—wherein you find the tropical zone from near sea level height to around 5000 feet, the temperate zone which stretches from 5000 feet to 13,000 feet and finally the alpine zone from 13,000 feet onwards. Lush tropical vegetation continues to induce freshness of environment and spread love and warmth in the air and are to be usually along the banks and valleys of the gorgeous rivers Teesta, Rangeet and also along their tributaries. The sprightly trees of figs, laurels, sal trees, ferns and the varieties of bamboo all play their role in giving a fresh look to the vistas of Sikkim and making it alluring for honeymoon couples who love to get lost in the wilderness. The temperate zone spread its own magic with the share of hardwood and mighty trees of oak, chestnut, maple, birch, alder, magnolia and silver fir that are to be found at the higher altitudes of the Himalayas.

In the lower alpine zone the charm is retained by the allure and beauty of cypresses and rhododendrons that never fail to enchant a honeymoon heart. Sikkim boasts of myriad different kinds of flowers. The magnetism and aura of poppies, gentians and primulas blend with the enchantment of the orchids and rhododendrons to gift a world of beauty and fragrance for the romantic at heart. The flowers blossom in varied colours and shapes and are to be seen in abundance all over the region. The world knows of around 5000 different species of orchids, out of which as many as 600 different species are to be found in the lower reaches of Sikkim itself. Sikkim also enthrals with its treasure of 30 different species of rhododendron.
Orchids and Rhododendrons are a favourite among honeymoon couples.

In Sikkim, orchids are to be found in the tropical regions for up to 7000 feet elevations barring a few species who can bloom up to an altitude of 10,000 feet and above. The two varieties of Sikkim’s orchids, epiphyte and terrestrial, are to be found in great numbers. Rhododendrons are to be found in in their full glory all over Sikkim attracting. They set the hills aglow with a blaze of beauty. The route to Dzongri, the Singalila trail and the Yumthang valley in North Sikkim gives wilful sightings of splendid rhododendrons. While the Rhododendron grande can be more than 10 metres tall, the Rhododendron nivale grows to a puny few inches above the ground. The importance of rhododendrons and its influence on tourism can never be denied from the fact that Rhododendron niveum has been declared as the State Tree of Sikkim.

The Excitement of Sikkim fauna during Sikkim honeymoon trips 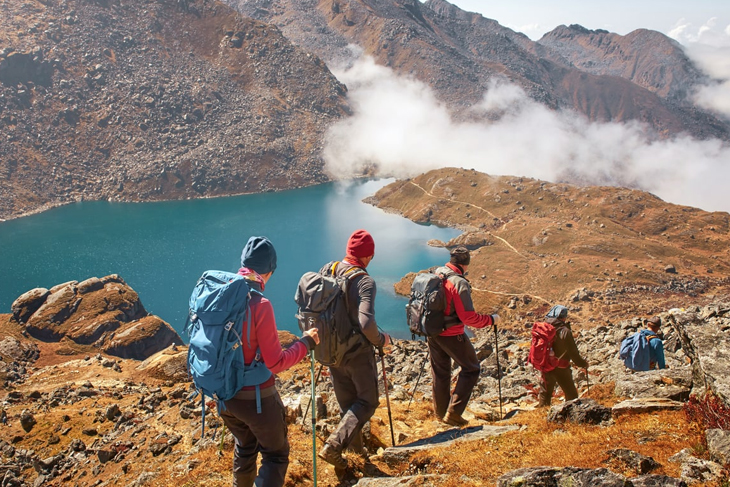 The fact that the deep, dense forests of Sikkim are home to a wide variety of exotic animals such as the Musk Deer, the munjak or the Barking Deer, Himalayan Black Bear etc. increase the allure of honeymoon trips to Sikkim where tour operators arrange for nature trails and visits to protected sanctuaries for increased wildlife sightings. This adds a cap of thrill to the already charged atmosphere of beauty and romance of honeymoon tours. The possibility of sighting a rare Red Panda, which belongs to the raccoon family, the Red Goral, the Blue Sheep or bharal, the Shapi, belonging to the Himalayan Tahr family and the elusive Snow Leopard, which is almost a myth and which is to be found in the arid cold alpine region adds the zing of thrill and adventure. One can enjoy the company of Yak in the alpine region and watch how yaks have been domesticated and are being reared in North Sikkim. Yaks are important as they survive even sub-zero temperatures. 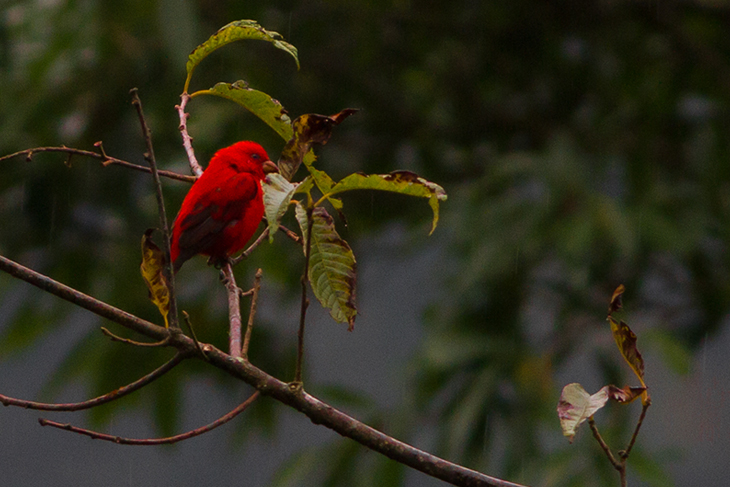 Sikkim is a birdwatcher’s paradise with more than 550 various species. This includes the Impeyan pheasant, the crimson horned pheasant, the snow partridge, the snow cock, the lammergeyer, griffon vultures, golden eagles, quail, plovers, woodcock, sandpipers, pigeons, old world flycatchers, babblers and robins. Blood Pheasant is the state bird of Sikkim and has 15 different subspecies. It is so named because the males have vivid red colouring on the feathers of the breast, throat and forehead. While Red Panda is the State Animal of Sikkim is the Red Panda. It is found in altitudes ranging from 6000 to 12000 feet. The bright chestnut coloured Red Pandas have a triangular face with a dark stripe covering the cheeks to the chin, sharp pointed ears and a bushy ringed tail. They are to be found in altitudes ranging from 6000 to 12000 feet and is never more than 2 feet in length. Blue Sheep, also known as Baharal, occupy the Green Lake basin and the area around the Doukia Pass. These animals score high in the list on the endangered species and thus the excitement involved in watching these animals of Sikkim in their natural habitat is all the more.